Warning to the fainthearted and easily offended. This post contains sexist positions (not sex positions, sexIST positions) and a random tweak to the nipples of organized religion. Or two.

I recently received an email from a friend who was incensed that a Facebook friend of hers was promulgating what is likely some made up "pledge," penned - or so the story goes - by a kid in Ohio. Here it is in the point size it deserves:

Written by a 15 yr. old School Kid in Ohio :
New Pledge of Allegiance
A Kid in Ohio wrote-

NEW School prayer : Now I sit me down in school Where praying is against the rule For this great nation under God Finds mention of Him very odd. If Scripture now the class recites, It violates the Bill of Rights. And anytime my head I bow Becomes a Federal matter now. Our hair can be purple, orange or green, That's no offense; it's a freedom scene... The law is specific, the law is precise. Prayers spoken aloud are a serious vice. For praying in a public hall Might offend someone with no faith at all. In silence alone we must meditate, God's name is prohibited by the state. We're allowed to cuss and dress like freaks, And pierce our noses, tongues and cheeks.. They've outlawed guns, but FIRST the Bible. To quote the Good Book makes me liable. We can elect a pregnant Senior Queen, And the 'unwed daddy,' our Senior King. It's 'inappropriate' to teach right from wrong, We're taught that such 'judgments' do not belong. We can get our condoms and birth controls, Study witchcraft, vampires and totem poles. But the Ten Commandments are not allowed, No word of God must reach this crowd. It's scary here I must confess, When chaos reigns the school's a mess. So, Lord, this silent plea I make: Should I be shot; My soul please take! Amen

My friend suggested I might blog about it because she knows that the separation between church and state is an issue about which I have strong feelings. Amen to that, I said.

I mulled it over because I wasn't sure if I had anything new or interesting to say on the subject and because I told y'all that I was taking it easy on the blogging. But then, and wouldn't you know it, MathMan hit me with the same kind of issue. He'd already unfriended a family member on Facebook because she had posted some ghastly anti-choice stuff. Apparently not taking the hint, she sent him a new friend invitation. He mentioned it in passing and I pounced on the opportunity to demonstrate my online savvy.

"Well, my policy is to just hide the status and posts of people whose political opinions irritate me," I offered. MathMan loves when I offer unsolicited advice, it's so not obnoxious.

After our usual slap-fight, he thought about it some more and eventually accepted his relative's re-friend invitation.

A couple of days later, he was wondering again what the hell is wrong with this person. This time she sent him an invitation to become a fan of the Creation Museum.

"WTF? ( - we often use text-shortened acronyms with each other * - )" was the subject line when he forwarded his email invitation to me. After I got done ROTFLMAO, I called him. Wiping tears from my eyes, I asked what he was going to do. He was still wildly indignant. "She is oblivious! We're the Jewish branch of the family and she's sending this to me?!?!"

I tried to be serious. "Well, maybe she's thinking that the Creation Museum is celebrating your Old Testament god and so of course you'd want to be a fan!" I am such the cheerleader when it's not my feathers that are ruffled.

I'd pretty much decided that this relative of his is either hardcore testifying and determined to spread the word no matter who might be offended or she is the village idiot's sister. Either way, MathMan's patience was being sorely tested and I must offer support.

"How about three strikes and you're out?" I offered, once again, behaving like so many men in my life - offering advice when none was requested. You heard me - it's a very male thing to want to solve the problem when all the partner wants to do is vent. You know when you're about to start a sentence with something like "Well, you should just....." or "You need to....." or "Just (fill in solution here)....", the smartest thing you can do is shut your yap. But do we ever do it? Nope. We just go on scratching our balls and shooting off our mouths with all kinds of shoulds, justs and why don't yous.........

Lord, I just wandered like James said I do.

So all of this, the alleged pledge by the high schooler and the irritating proselytizing by relatives and friends on Facebook, have resulted in my thinking that we need a separation of church and Facebook, too.

Or rather, perhaps some common courtesy is in order. Say what you want in your status, but don't be bothered if your friends hide your ass and never respond to you. And follow this basic rule (scratches balls again, because look who's full of unsolicited advice again), if you don't know someone's beliefs, affiliations, etc, lay off sending around anything controversial, political, etc. Seriously, they are as bad as chain emails. And I know that some angel of mercy is now going to pass me by or some horrible tragedy is going to befall me because I'm going against the very idea of chainmail hoodoo, but for the love of Cliff (a variation on my much favored oh for Cliff's sake), why go alienating people? Isn't' life hard enough?

Now, as for that pledge, because I need to wrap this up so I can get back to napping at my desk, let us be clear. I've Snoped the thing for veracity and naturally, it's an urban legend at this point. No matter. The pledge is nonsense. God is allowed in school. It's not like he's a sex offender or anything. (insert offensive joke about priests here)

Students can pray all they want and do, I'm sure. On any given day across the South, at least, students are participating in Christian Athletes events, having prayer circle, etc. There are at least two In God We Trust wall hangings in Garbo's elementary school. God is still mentioned in the Pledge of Allegiance and there's a moment of silence each morning so that kids who are so inclined could certainly say a silent prayer that today is fish stick day instead of beef stew day in the cafeteria.

And, trust me, it ain't easy to be on a sports team down here without being inundated with the Christian religion. Prayers over the team, prayer at practice, at team dinners before a game. It's all fairly common. Most people go along to get along, but if push comes to shove, a case could be made that in order to belong to the team, one feels compelled to participate in group religious activities. You know that forced is another word for compelled, right?

And let me tell you this - where Christianity is very much tied to the culture, the folks here aren't making any attempt to be open to other religious beliefs. God isn't enough. Nope. It's in Jesus's name they pray here and anyone who has a problem with that can get stuffed or go back to where they came from.

According to our laws, however, what is not allowed is the establishment of a religion as The Religion. Forced prayer is not allowed. The teaching of one religion's tenets as a way for life is not acceptable. That does not mean that there isn't plenty of god in school. And cruise down the halls of any middle or high school and you'll probably hear god being invoked in all kinds of colorful ways, too. Even by those kids who go to church and pray over their guns every Sunday. 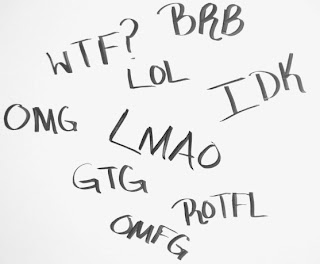