30 Day Photography Challenge - Someone I love

I struggled with this one because, once again, the list is long. I will never believe that the ability to love is finite. There is not just so much to go around. Nor will I ever subscribe to the notion that the most enduring love comes from family ties or proximity. While those things are huge, there's so much more that goes into it. For me, at least.

And as Stephen Elliott said in a recent Daily Rumpus email, maybe we're trying to use the word love to describe many different emotions.

I photographed two of my favorite subjects. The love I have for them is enough to keep me going. Unfortunately, neither Nate nor Chloe were around so please note that this does not even come close to being a comprehensive list. 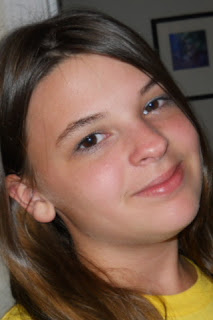 Watching Wilco's live webcast on CBS's David Letterman last night and reminiscing about our recent trip to New York City. Yeah, we could live there. And oh my word, watch that webcast. There's a reason Wilco's fans are a passionate crowd. 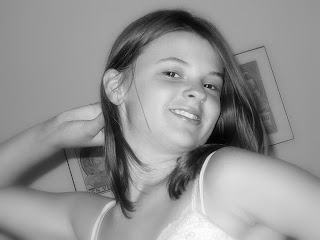 Sophie.
Monday evening, she opened a book of fifteen one act plays and treated Doug and me to a performance of The Man Who Died at Twelve O'Clock including appropriate accents.
We were blown away. Where did that come from? we wanted to know.
She simply smiled and shrugged, pleased with herself, but not in an obnoxious way.
It's all ahead of her. I hope she grabs it by the tail and never lets go. 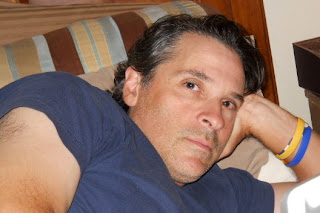 Doug. It would take me pages to describe the nuances of how I love this man.
It's complicated and simple. Unquestioning and conflicted. Dizzying and calming.

Now go to a mirror and take a good look because I think that's the only way this post will come close to being comprehensive.

Geoffrey, my friend, you have such beauty in your life.


And Randal brings Poe and Shakespeare into his bad habits.
By lisahgolden at 8:40 AM