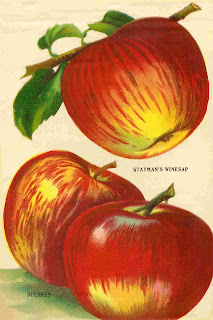 Is it hot in here or is it just me?

Perimenopause is making me acutely aware of my body. I can't ignore its reactions to specific stimuli.  For example, I used to be cold. Always reaching for a sweater. But not now. I'm not talking hot flashes, but my body temperature is up.

When I experience PMS - albeit mild and with charming manifestations like an undeniable need for Clark Bars and other culinary near-misses - I am under siege to olfactory nerves in overdrive.

"It smells eggy," I say as I hand the plate back to MathMan who looks confused and on the verge exasperated.

On Mother's Day, he made dinner. Operating on the theory that the source of the trouble was lavender-infused Cascade, he hand washed the dishes before dinner to see if the eggy smell would disappear.

Chloe walked into the kitchen to find him holding an empty dinner plate under my nose.

Chloe's knitted eyebrows spoke for her.

She returned to the living room and said to Nathan, "She's sniffing plates. And we wonder why Sophie is a freak who won't eat off metal utensils or drink out of a plastic cup."

The children provided the appropriate amount of Mother Worship on Mother's Day. That's not saying much since I have set that bar so low, it's subterranean. I get my lack of holiday esprit de corps from my own mother. When I phoned her to wish her a happy Mother's Day, she informed me that her rotten children hadn't gotten her a damn thing.

"That's why I'm calling. (Okay, so I was calling way, way late to ask, but still.) What would you like for a gift?"  Seriously - I haven't a clue what to get her.

"Your sister tells me I'm hard to buy for."

My inner teenager screamed No shit! But I cheerfully replied, "I'd agree. So what would you like?"

"I don't know. Nothing. When I need something, I go get it. Besides this is just Mother's Day."

"Okay, so help me out here. What would you like for your birthday in August?" See, I was planning ahead. I'm trying.

"Christmas? What could we get you for Christmas?"

"Well, I told your sister she could get us a paper shredder."

Of course she'd know what she wants for Christmas.

"That's great for Denise, but ----? Maybe I'll get you a book. Something like 201 Practically Legal Things You Can Do with Shredded Paper. Or would you just like a case of paper to shred?"

She muttered. Where did you get such a smart mouth, Lisa?

Then she launched into a story about being an election judge and running into a high school friend of mine, who worked for the opposite political party. During their conversation, a ray of light fell upon my friend and he joked that god was smiling down on him.

My friend rolled his eyes. "That sounds like something Lisa would say."

"Where do you think she got it?" Mom shot back.

I listened and watched the clouds crowd out the moon overhead.  "Should we discuss irony?" I asked.

She sighed back.  "Listen, just buy me some perfume. Nothing with musk in it. Musk still makes me feel sick."

This is a long-established truth  in our family.

"How do you feel about the smell of eggs?" I smirked.

Note to readers:  I miss you guys. If you follow the news, you could guess why I'm locked in a hotel in Midtown Atlanta for the foreseeable future. Long days, some long nights. While I'm away, will someone please remind the Goldens to scoop the litterboxes? Thanks! xoxo

Email ThisBlogThis!Share to TwitterShare to FacebookShare to Pinterest
Tags: Attempted Humor, Family, Is She Joking, Smells Smell, The Fun of Being Female