We've got it all until the revolution comes

Some more world-stopping observations to help get you through your day...

1. Scott Farkus and Grover Dill may rule the back alleys between home and school, but they're terrified of the vacuum cleaner. They also enjoy rasslin' on the back of my chair which means they're tumbling around back there behind my head. The joys never end.

2. You know you're a true political junkie/journalist groupie when you vow never to wash your twitter again after WaPo columnist Jonathan Capehart responds to one of your tweets.

2.2 And if you are on Twitter and not following me, what's up with that? Don't make me deliver a cat to you. Because I will.

Seriously though, be sure to check out who follows me and who I follow. I've made lists, too. Great people, funny people, co-conspirators, authors, political types and my blog friends who fit into any number of those categories.

P.S. If you're on Twitter and I'm not following you, please leave your twitter handle in the comments so I can fix that situation. Thank you.

3. The word super is being overused. It seems to have replaced the now exhausted extreme and mega. We have this new Super Committee of Congressional members who will decide whether or not we flourish or wither and then there's this new Super Group called, of course, The Super Heavy featuring Mick Jagger, Dave Stewart, Joss Stone, Damian Marley and R.H. Rahman.

I think we'd have a better chance of making it out alive if we put the Super Heavy in charge of policy and sent those bought lawmakers into the studio with some kazoos and the much-maligned squeezebox. 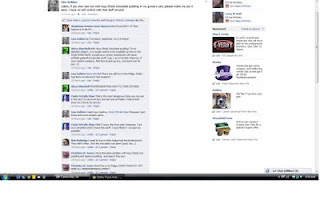 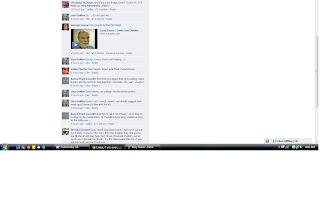 5. I've been listening to the rhetoric coming from the Right, the moderates, the corporate media and anyone who owes their living to fundraising money from deep pockets. I find it chilling that there's this assumption that we all must simply accept the current and very gross income inequality as the "new normal." Listen carefully and educate yourselves, my loves, because that horrible notion frames everything that those folks say.

6. There are two more containers of Kozy Shack pudding in the garage fridge. I've put it as far away from me as possible. So let's say I decide to eat one. But I don't want to gain weight so to balance the input, I just eat it while running on the elliptical. Webcast? Yes or no?

7. I've tinkered with the layout of the blog and my other blog PoliTits, making the font larger, for example, because I notice that when I'm reading blogs with small fonts, I tend to stop reading because it's too much work. I know. First world problems abound. Let me tell you next about how the dishwasher is so noisy that I have to crank up the volume on the television in the living room so I can hear it while I'm puttering around in the kitchen.

8. I'm definitely a Libra. I'm torn between positive visioning that I'm going to get the job in Chicago for which I interviewed this week and fretting that if I think or talk about it, I'll jinx the whole thing.

9. I think politicians should stop trying to sound hip by making pop cultural references and employing folksy sayings. They could stand to lay off the similes, metaphors and euphemisms, too. Play it straight, people, or run the risk of wishing Elvis a happy birthday on the anniversary of his death. Someone spank their handlers and put them in the corner until the next news cycle.