Coffey, Pee or Me 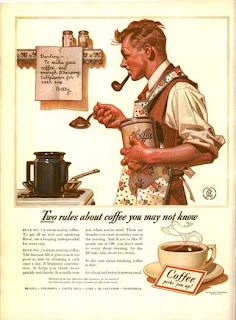 Music Maven and R.E.M.'s best fan Beth Coffey has tickled me with the random six things tag. Tags come with rules, you know, so I shall post them below and then proceed to break them. Beth knows this about me and still she took this huge risk. For dismissing the rules with such a cavalier attitude, I worry that when Beth and I do finally manage to get together for many drinks, karmic retribution will come to me in when I duck into the toilet, do my business and find, too late, that there is no toilet paper.

That doesn't scare me. I've had to drip dry before, but only when I've had to pee in some field or along the side of a road or in my roommate's bottom drawer during one highly intoxicated episode.......but enough about my bathroom habits.

2. This morning, as we rode silently, listening to Akon na na na na, I realized that The Actor, Cupcake and I were all being uncharacteristically quiet and calm on our ride to school. "Raise your hand if you're glad it's Wednesday," I said. All three of us raised our hands. The Actor didn't even open his eyes to do it. "Raise your hand if you wish it were Friday," I added. All of our hands shot up in the air. Then we went back to sleepy silence.

3. I almost always sleep in the fetal position on my right side.

4. I would love to live in an old house, but I'm pretty spoiled by the conveniences of this newish house.

5. I was going to convert to Judaism, but the rabbi was difficult about it and wouldn't let me take the fifteen week crash course so I decided screw it. Yes, I was that committed to the religion.

6. When MathMan's mother died suddenly and unexpectedly exactly sixteen years ago tonight, I had to call him at work and tell him. That remains the hardest thing I have ever done in my life. MathMan - if I could have one magical power, it would be the ability to give you and our kids more time with your parents, who died entirely too young.

So there it is - my six things. Now I have to tag six people.

I know these tags and memes get run into the ground, but if you don't do it, I'm going to come pee in your bottom drawer, so I suggest you seriously consider following through. Thank you.

P.S. I just noticed that for the first time in a long time, I actually followed the rules of the meme. I wonder what my karmic reward will be? Maybe it's best not to wonder.....
By lisahgolden at 9:16 PM